In the 21st century, in order to keep pace with the fast development of information science and technology and to meet the growing demands of social informatization and intelligization, Peking University strived to speed up the process of developing itself into a world’s first-class university. In such a context, Peking University formally established its School of Electronics Engineering and Computer Science in the year 2002, based on the then Faculties of Electronics, Computer Science and Technology, as well as the Center for Information Science and the Institute of Microelectronics.

Over the past years, Peking University’s Faculty of Electronics Engineering and Computer Science has made a series of significant accomplishments in its research at the leading edge of China’s information science, making a wide international impact. The Faculty has created several “firsts” in China’s development process of information science and technology. Moreover, it has helped to nurture and train a large group of outstanding professionals in the area of information technology — and thereby has contributed tremendously to the development of China as well as international information technology industry. 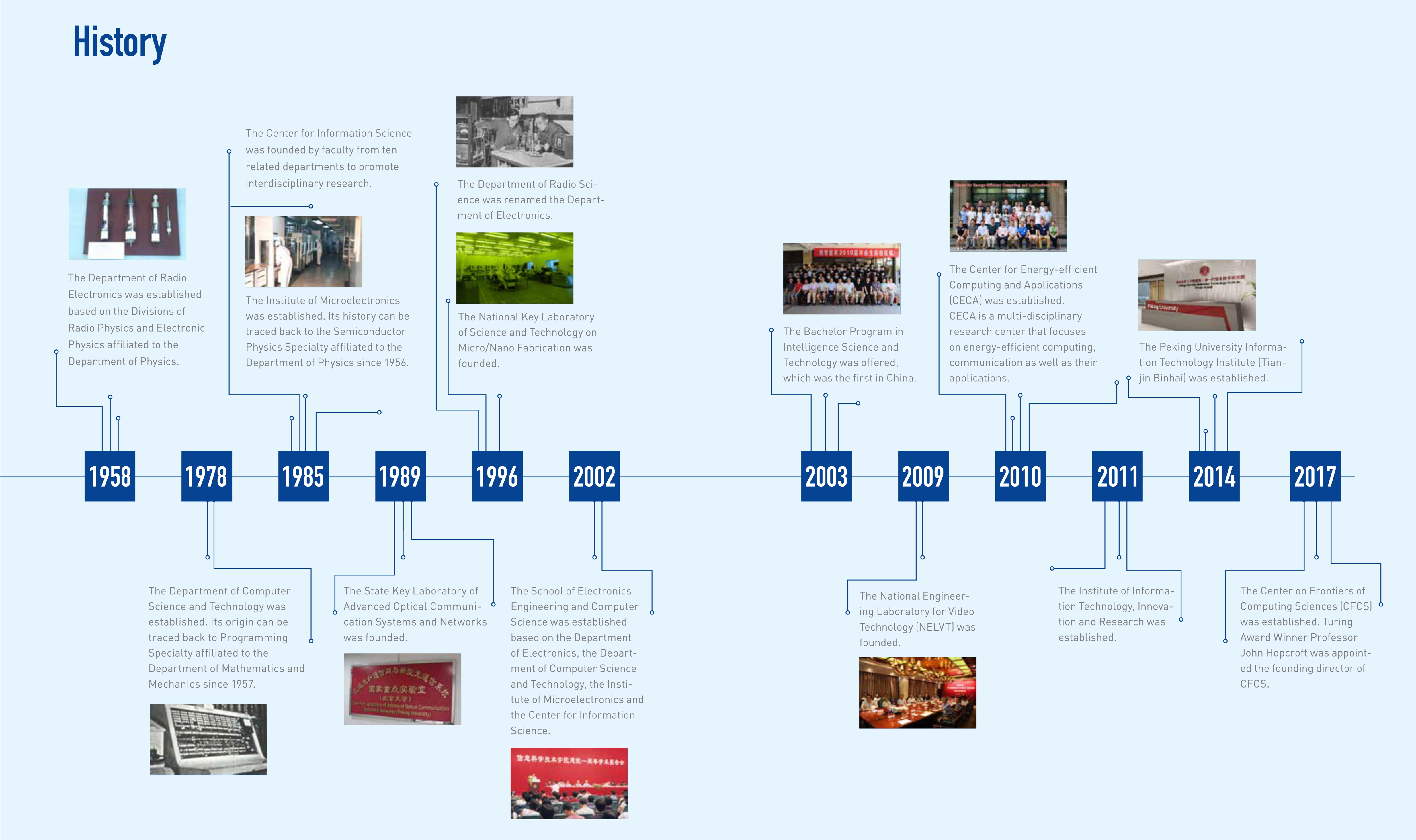